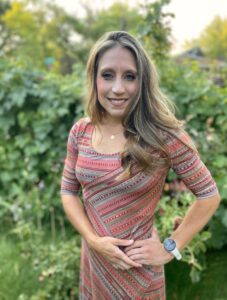 For over ten years, Rebecca has created literary nonfiction that examines the intersection of physical experience, landscape, identity, mental health
and memory cast onto the landscape of the American West, and in particular, the Great Basin Desert and the Sierra Nevada Range. In 2018, She co-authored the memoir A Court of Refuge: Stories from the Bench of America’s First Mental Health Court with Judge Ginger Lerner-Wren. Rebecca has also worked as a ghostwriter for several book projects, most notably Kevin Hines’ memoir Cracked, Not Broken: Surviving and Thriving After a Suicide Attempt, which was published in 2013 and inspiration for the 2019 film, The Ripple Effect.

Rebecca is currently working on her memoir All That Circles and Shines, which takes place in Reno, and traces the narrator’s journey from a traumatic past to self-redemption and coming into her own voice when she buys a pair of white Riedell roller skates during the first year of the COVID-19 pandemic.

Rebecca’s passion is writing. She pursued an undergraduate degree at the University of Nevada, Reno focused on English Literature, which she earned with high distinction. That opened the door to her lifelong work of storytelling: as a research assistant at the Tahoe Maritime Museum, as a freelance contributor to local news weeklies, as a freelance writer and an award-winning blogger (for her first blog: Miles and Pages). This journey became more real when she earned her MFA in Nonfiction Writing from Saint Mary’s College of California in 2012.