The Arts Alternatives program aims to provide arts education to underserved and disadvantaged youth in Washoe County. The program goal is to strengthen self-expression, self-confidence, and self-reliance, through the immersion of creativity. Research shows that young adults who participate in art-making programs show improvement in their ability to communicate with peers and adults, complete tasks from start to finish, and engage in less at risk behavior. 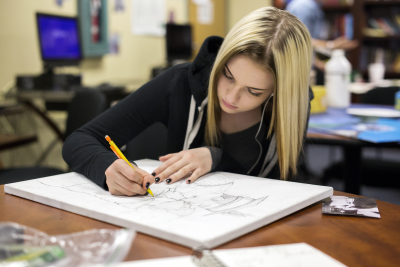 The Arts Alternative program began in 1989 with a one-week, visual arts residency at Rite of Passage, a youth rehabilitation program in Yerington, Nevada. The following year, Sierra Arts partnered with Reno Housing Authority to provide a one-month visual artist registry to youth housed in RHA’s low income family housing. This residency used art as an alternative action to gang and drug-related activities. The collaborative effort between SAF and RHA was met with great success and the program expanded to residencies at five RHA low income family housing centers. These residencies went on to include visual arts, dance and creative movement.

Our teaching artists are two-career professionals, working as an artist and arts educator.

A secure holding facility for the temporary detention of juvenile offenders. The space is constructed and conducted with the intention of being as  like a home as possible. The site provides educational, physical, emotional, and social needs of detained juveniles.

Teaching artist Polly Peacock is in her tenth year providing arts education at Jan Evans Juvenile Justice Center. Funded by Sierra Arts, she teaches two, 1.5 hour classes, per week. Her approach with these young adults, aged 12-17, is aimed to inspire, educate, and motivate.

Her approach to collage, poetry, and creative writing builds confidence and creates an outlet for alleviating feelings of anger or aggression. Students have presented their artwork in court and disciplinary meetings with parole officers to assist in communication about their experiences and feelings.

An alternative school site with the mission of returning students to their zoned schools and/or to beneficial employment. Turning Point believes, “despite where I come from, I have the power to change, I am expected to make better choices, today will be my Turning Point.” Students at Turning Point are provided with the support needed to ensure educational, intellectual, social-emotional, and vocational development to enable them to be productive members in their community. Teaching artist Pan Pantoja serves Turning Point students Monday-Friday during third period. His approach to arts education includes poetry, spoken word, creative writing, and illustration.

An alternative high school aimed to ensure students graduate prepared to purse their career of choice, while accomplishing their life goals. They provide alternative classroom locations, evening classes, and classes geared towards expecting and parenting teens.

Using a team approach that coordinates with families, school administrators, school staff, and outside social service agencies, as well as Sierra Arts, means that the non-academic and the academic needs of each student in the program can be adequately and holistically addressed.

Ray Valdez is in his second year teaching arts education at Innovations. Recently, Ray led a workshop and celebration of Dia De Los Muertos in which students created traditional masks and decorated an alter or, ofrenda with sugar skulls, marigolds, and photographs.

Teaching artists are carefully selected based on their expertise working in visual arts (painting, photography, drawing, sculpture, dance, theater arts, poetry and creative writing and experience) as an arts instructor; preference may be given to applicants with a BFA or MFA and three years of direct teaching experience. All qualified applicants are reviewed and interviews are scheduled for the top candidates.

Teaching artists are carefully selected based on their expertise working as a professional artist and arts educator.

Preference may be given to applicants with a BFA or MFA and three years of direct k-12 teaching experience. Qualified applicants are reviewed and interviews are scheduled for the top candidates. 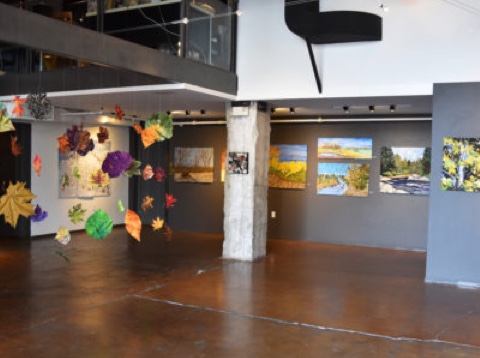 Thanks to our Corporate Sponsors and Art Patrons

In 1987 Sierra Arts Foundation began awarding grants to artists of all disciplines living within a 100-mile radius.