Compass of the Ephemeral: an Exploration of 15 years of Burning Man by Will Roger 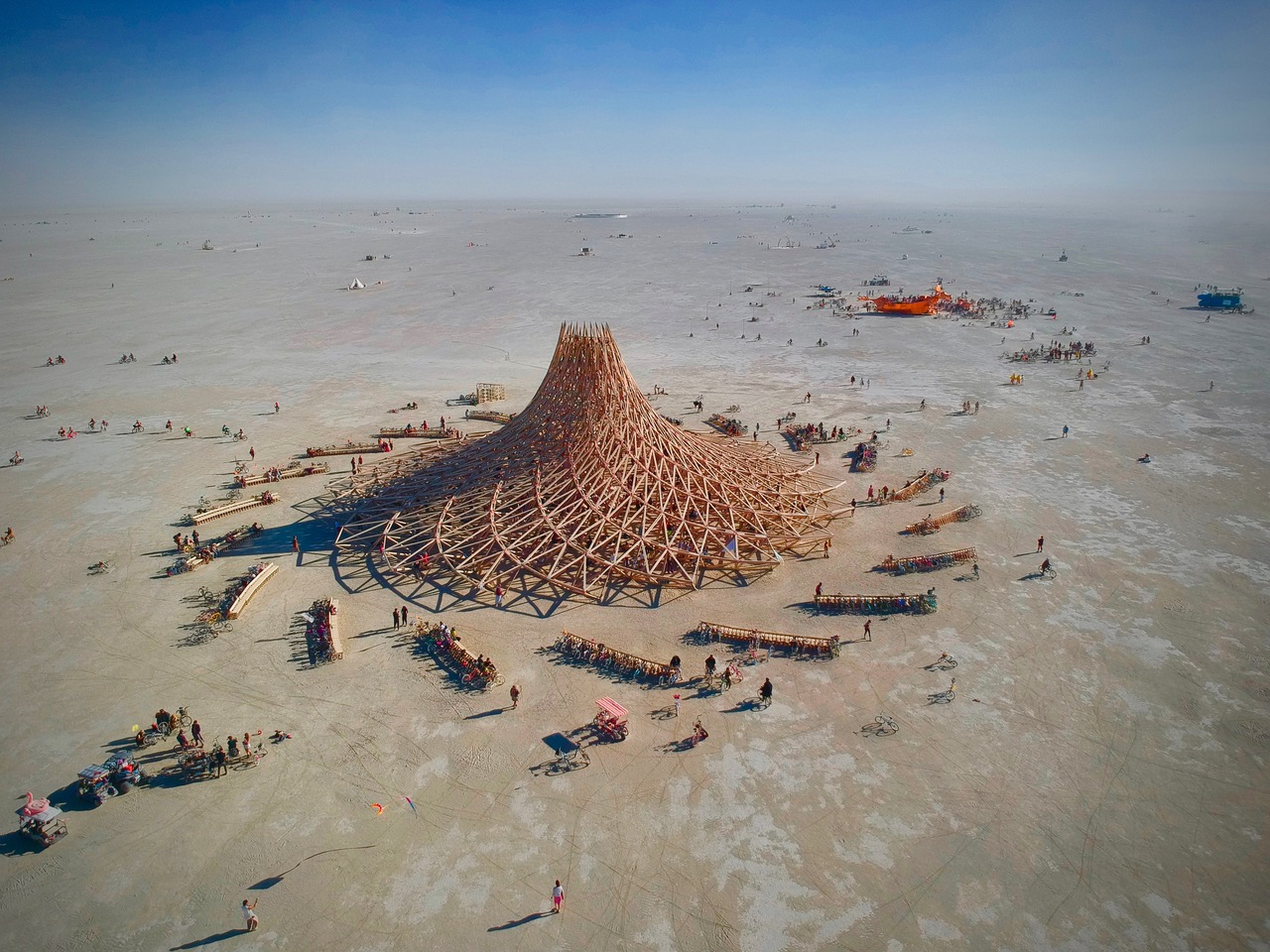 Burning Man Cultural Co-Founder, artist and environmentalist Will Roger presents 15 years of his aerial and drone photography documenting Black Rock City, a temporary city erected in the Black Rock Desert of northwestern Nevada. along with his personal account of serving as Director of Operations from 1996-1998. This includes his time shared with the Cacophony Society to the creation of Department of Public Works (DPW) and concludes with the design of the city. Compass of the Ephemeral contains a substantial collection of Burning Man historical ephemera and photography by numerous artists and contributors, including the Master Plan drawings for Black Rock City by Rod Garrett. Insightful essays provide historical and significant understanding of Black Rock City’s evolution from a small gathering in the desert into a city with infrastructure that serves as a model for other cities around the world today. Additional essays include historical information about the Black Rock Desert, the many facets of building Black Rock City, as well as the art spirit found found in the Burning Man experience. Essay contributors include: William L. Fox, founding director for the Center of Art and Environment, Nevada Museum of Art, archaeologist Alexei Vranich, Burning Man Cultural Co-Founders Harley Dubois and Crimson Rose, and, Black Rock City Superintendent Tony “Coyote” Perez-Banuet.

Will Roger is a Cultural Co-Founder of Black Rock City, LLC, the company that has produced the Burning Man event for nearly 20 years. Roger founded and managed the Black Rock City Department of Public Works – a team of several hundred people responsible for pre-event and post-event construction logistics and production. He has served as a co-founder of the Black Rock Art Foundation and President of Friends of the Black Rock-High Rock. Roger is heavily involved in conservation efforts for the Black Rock Desert, which is the United States’ largest National Conservation Area. Roger is also an accomplished photographer, having attained his MFA in Photography from the Rochester Institute of Technology (RIT) and later served as a photo chemist, Associate Professor, and Assistant Director for RIT.